what’s the price of general plastic material in China now?

Last week, the domestic general material market performed poorly, and the market generally fell. The government has introduced regulatory measures, and the current market price center is showing a downward trend. Although the upstream cost support still exists, many manufacturers have lowered their ex-factory prices due to sales pressure, and traders have lost confidence. In order to avoid risks, they generally give priority to profits. However, the response of downstream factories is still weak, and the increase in sales may still require time. It is expected that the market may face some pressure in the short term.

Last week, the domestic PE market tended to be weak, and the market fell mainly. Crude oil fell, monomers fell, futures were weak, and the market was shrouded in pessimism. In addition, some manufacturers have lowered their ex-factory prices, which has driven related quotations to flow down. End-users reacted indifferently, mostly holding a wait-and-see attitude, generally waiting for further price cuts. On the whole, it is unlikely that the cost and demand sides will improve in the short term, and the trend in the later period is still not optimistic. It is expected that the polyethylene market may continue to be weak in the near future.

Last week, there was little good news to be found in the market. The PP market passed through the weakness, and the focus of quotations continued to move downward. PP futures opened low for several days, damaging the market trading atmosphere. At the same time, the continuous news of petrochemical cuts has further loosened the cost support. The sentiment of traders in shipments is getting stronger, and many gains are made to facilitate transactions. However, even if the price dropped, it failed to arouse downstream buying interest. Most of the factories remained cautious about firm offerings, and entering just after demand was still the mainstream operation.

The market atmosphere of polyvinyl chloride (PVC) is weak, and the price is steadily lowered. At the beginning of last week, PVC futures remained high and fluctuated, the spot market prices did not change much, and traders mainly shipped products. Some devices of upstream production enterprises were overhauled, and the company’s inventory was tight and the quotation was firm. The profit margins of downstream product companies are weak, and they still resist high offers in the current market. They purchase more on-demand and follow up transactions. Near the end of last week, PVC futures fell sharply, and the spot market prices also fell. The market’s wait-and-see sentiment was still strong, and firm transactions turned weak. It is expected that the PVC market in the short term will be mainly weakened.

The domestic PS market generally pulls back and stays on the sidelines. At the beginning of last week, the overall domestic PS market was operating steadily, with a slight decline, and transactions maintained at the previous level. Downstream users mostly hold a wait-and-see attitude towards the current situation, and the pace of market shipments is still flat. Near the end of last week, the market was lightly traded, and the ex-factory quotations of petrochemical companies were generally stable, and some were reduced. Downstream demand is flat, the atmosphere in the market is relatively flat, and traders follow the market. In view of the decline of the upstream styrene high, it is expected that the domestic PS market may still be expected to run weak this week. 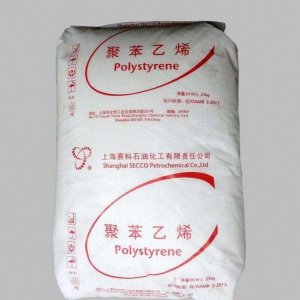 The focus of domestic ABS resin has shifted down, and the market is cautiously traded. At the beginning of last week, the domestic ABS market was generally stable, and some quotations declined slightly. The performance of downstream demand remained flat, and trading remained flat. On-site merchants mainly wait and see the market outlook and are cautious. Near the end of last week, the market focus continued to shift downwards, the market trading situation has not changed much, the downstream demand is mainly on demand, and the behavior of buyers and sellers is still stalemate. In view of the high level of styrene in the upstream, it is expected that the domestic ABS market may still be weakened this week.

Above price information is only for reference.  The exact price should be check according to the actual market and different suppliers.